Popular
Is Your Diet Harming Your Sperm? 6 Foods...
Top 3 Most Effective Weight Loss Strategies for...
Biomanix Review Ingredients Breakdown – #1 MALE PERFORMANCE...
How to Discuss Erectile Dysfunction with Your Partner
3 Ways You Can Maintain a Healthy, Well-Balanced...
The Case for CBD and its Potential Role...
6 Frequent Weight Lifting Injuries At The Gym...
Male Ultracore Review – The New King of...
5 Reasons Why Your Diet Makes You Fat
The Ultimate Guide to Eating Right for Senior...
Home » Want to Become a Dad? Read This First
Sex

Want to Become a Dad? Read This First

When it comes to conceiving a child, we immediately consider a woman’s age and health to make this possible. What we often overlooked is a man’s capability of getting a woman to conceive a healthy child. This is because women are found to be born with a fixed number of egg cells that remain dormant in their ovaries. These female eggs are singly released during a woman’s menstrual cycle. Once a woman reaches the age of 35, her fertility starts to decline.

Meanwhile, men are able to produce 525 billion sperm cells in their lifetime. A healthy adult man is able to release about 40 million to 1.2 billion sperm cells in one ejaculation alone. But then, despite producing millions of sperm cells a day, the quality of these cells declines as a man reaches the age of 40. Hence, it’s also important to consider a man’s age and health for conception.

In recent decades, men in developed countries are faced with reproduction problems. According to a study, this rapid decline should serve as a wakeup call for men if they are to produce healthy babies. Numerous studies pointed out that sperm concentration has declined for about 52.4 percent while sperm count declined for about 59.3 percent of men in countries such as North America, Europe, Australia, and New Zealand.

Experts say if the decline goes on, humans are bound to get extinct.  For humans to survive, they suggested men should change their lifestyle and be mindful of the environment and chemicals they’re exposed to.

Chemicals in commercial foods, pesticides, and plastics were found to be one of the major causes for the diminishing sperm counts. Other factors found include lifestyle choices such as excess weight, smoking, diet, and sedentary living. 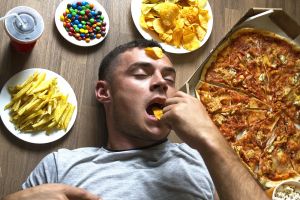 Another eye-opening study is the one conducted by Harvard University where researchers found the negative effects of junk food consumption on young men’s fertility. This is an alarming one since male infertility is often linked to getting older. Infertility issues affecting the younger generation is something new.

Luckily, men who plan to have a baby can improve their sperm’s health in two to three months’ time. But then again, experts add that once damaged, the sperm-producing cells could be beyond repair. Choosing the right food to consume should be a priority for younger men wishing to see their own offspring.

Other Factors that Contribute to Male Infertility

Aside from eating junk that can cause fertility problems, the following factors can contribute to male infertility:

As we have stated earlier, despite producing a million sperm a day, it’s not a guarantee for a healthy pregnancy. The risk of miscarriage has been associated with a man’s and a woman’s age during conception. The quality of a male’s sperm diminishes with age. So, if having a baby is included in your priority list, consider planning it earlier in life rather than later.

2. Exposing yourself to heat

Because sperm production gets affected by heat, man’s anatomy prevents the testes from being exposed to higher body temperatures. Exposure to too much heat can reduce sperm production and cause significant damage to sperm motility and morphology. Men who are trying to conceive their partners are advised to stay away from wet heat such as saunas, hot tubs, and hot springs. The heat emitted from technology like laptops is also found harmful.

However, if you’ve been exposed to these things, there’s still hope because the effects can be reversible. But you will have to wait several months, say nine months, for your sperm production to normalize.

Study says fever can have adverse effects on sperm concentration. Your partner is not likely to conceive after you’ve been sick. Even if it happens three months ago, your body is still coping from the effects of high fever.

If you’re athletic and into sports, you must be wary of getting accidental injuries. Your testes might be hit or kicked, which could lead to more serious damage. Make sure to protect your testicles by wearing protective gears and pads.

Smoking, alcohol, and substance abuse are not only bad for your health, but also for your fertility. Smoking can damage your sperm’s DNA while alcohol can lead to low libido, impotence, and low sperm quality. Substance abuse is linked with low sperm count. Some men take recreational drugs to enhance their performance. If your priority is to conceive a baby, it’s best to stay away from these drugs. 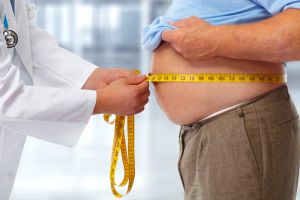 Obesity is another factor to consider when trying to conceive. Obese women are advised to lose weight to increase the chances of conception. But this idea also applies to men. A recent study shows a link between obesity and infertility. Though more proof is needed to support this, scientists explained that infertility takes place because of low sperm production. Fat cells are said to cause damage to sperm cells, which makes it difficult for a man to conceive.

According to experts, men who are wearing tight clothing are not giving their sperm a hospitable place. Sperm can’t thrive in excessively warm places. These clothing keep the testicles closer to the body, which exposes them to a warmer environment. As stated above, exposure to heat decreases sperm production. Wearing tight apparel is never a good idea when you’re trying to become a daddy.

Enlarged varicose veins in the scrotum are also bad news when you’re trying to conceive. These massive veins can interrupt proper blood flow and impede sperm production. To solve this issue, doctors recommend varicocele repair that can be done either through surgical or nonsurgical procedures.

Should You Worry About an Enlarged Prostate?

7 Foods That Can Boost Your Immune System