Popular
Is Your Diet Harming Your Sperm? 6 Foods...
Top 3 Most Effective Weight Loss Strategies for...
Biomanix Review Ingredients Breakdown – #1 MALE PERFORMANCE...
How to Discuss Erectile Dysfunction with Your Partner
3 Ways You Can Maintain a Healthy, Well-Balanced...
The Case for CBD and its Potential Role...
6 Frequent Weight Lifting Injuries At The Gym...
Male Ultracore Review – The New King of...
5 Reasons Why Your Diet Makes You Fat
The Ultimate Guide to Eating Right for Senior...
Home » Vices That Destroy Male Fertility
Health

It’s common knowledge that many health problems can be traced back to an unhealthy lifestyle. The problem is that not everyone agrees on what makes a lifestyle unhealthy. For instance, many people consider moderate drinking as alright. But did you know that moderate drinking can still lead to diminished fertility?

Alcohol consumption is not the only thing that destroys male fertility. Smoking also causes damage to a man’s sperm quality. Drug use, even if it’s only recreational, not only leads to impaired fertility, it can even cause testicular damage. Read on to learn more about vices that reduce a man’s fecundity.

Prevalence of tobacco smoking in the United States is as high as 30% in those who are of reproductive age. This means that 3 out of 10 young people are smoking, despite the campaign against tobacco use and the rising awareness of the dangers of smoking on reproductive and general health. In fact, tobacco smoking is a factor in many diseases, causing millions of deaths every year.

Impaired fertility is one of the deleterious effects of tobacco smoking. Chemicals and heavy metals like lead and cadmium in tobacco smoke not only cause oxidative stress but also increase the risks of male infertility.

In fact, studies that compare men who are heavy smokers and men who never smoke have revealed that smoking significantly reduces the sperm quality of heavy smokers. Lower sperm concentrations, decreased sperm motility and viability, and poor sperm morphology are just some of the results of heavy tobacco smoking. 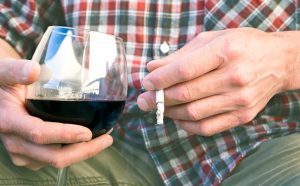 It’s not only the heavy smokers, though, who are suffering from impaired fertility. Even those who are mild smokers at one to ten cigarettes per day have also been found to have lower semen quality compared to men who never smoked. Nevertheless, the semen quality decline is more pronounced in those who smoke more heavily, especially in men who smoke more than 20 cigarettes per day.

Just like tobacco smoking, alcohol consumption is also associated with poor sperm quality. Past studies have shown that heavy alcohol drinking leads to lower sperm concentration and testosterone levels, but scientists are still figuring out exactly how it works.

One of the reasons why drinking alcohol causes reduced sperm concentration is that ethanol, which is the compound found in liquor, wine, and beer, actually causes the death of spermatogenic cells. 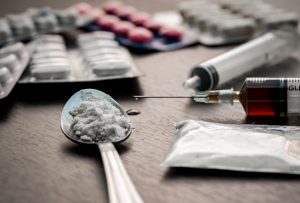 Cannabis smoking, the use of cocaine, opioids, and ecstasy have all been linked to negative effects on male fertility. Cocaine use, in particular, can lead to testicular cell apoptosis. This means that using cocaine can kill the cells in the testicles, which can then cause many fertility-related issues such as low sperm production.

When the percentage of abnormal sperms in the semen is high, if coupled with poor sperm quality, it can lead to infertility. This is because there are not enough healthy sperm in the semen to ensure fertilization.

Although the mechanisms are not yet fully clear, what is certain is that smoking, alcohol consumption, and drug use do impair male fertility. Reduced sperm production, poor sperm quality, and low reproductive hormone levels are just some of the effects of these unhealthy lifestyle habits.

Poor sperm quality may not be an urgent concern for young people who are not yet interested in marriage or having children, but the thing is, the effects of smoking, alcohol, and drugs on fertility are not just temporary. In some cases, testicular damage is even reported, which can lead to permanently impaired fertility. Moreover, there have not been many studies on how fertility would be affected by the cessation of these unhealthy practices.

At the end of the day, smoking, alcohol use, and drug use do a lot of damage to the body than just destroy one’s fertility, thus, cessation is always recommended. Although this may be difficult to achieve, many interventions are now available to help those who would like to quit smoking, drinking, or taking drugs.

How to Handle Your Girl While She’s on Her Period