Popular
Is Your Diet Harming Your Sperm? 6 Foods...
Top 3 Most Effective Weight Loss Strategies for...
Biomanix Review Ingredients Breakdown – #1 MALE PERFORMANCE...
How to Discuss Erectile Dysfunction with Your Partner
3 Ways You Can Maintain a Healthy, Well-Balanced...
The Case for CBD and its Potential Role...
6 Frequent Weight Lifting Injuries At The Gym...
Male Ultracore Review – The New King of...
5 Reasons Why Your Diet Makes You Fat
The Ultimate Guide to Eating Right for Senior...
Home » The Top Reasons Why CrossFit Is a Horrible Way to Get in Shape
Fitness

You’re like many people out there, you may be on the fence as far as whether not you should take a CrossFit class. You friends do it, to their CrossFit gyms that are popping up all over the place, and it is generally becoming accepted as a form of exercise.

Because this form of exercise is becoming so popular and prevail and within society many people understandably think that it is a safe form of exercise to try and that giving it a shot can’t do them any harm.

While this way of thinking is generally applicable and acceptable in regards to most forms of exercise is not necessarily the case with CrossFit. Long story short types of exercise is performed in these routines and the way in which they are done can spell disaster really quickly.

Why You Should Keep Away From CrossFit 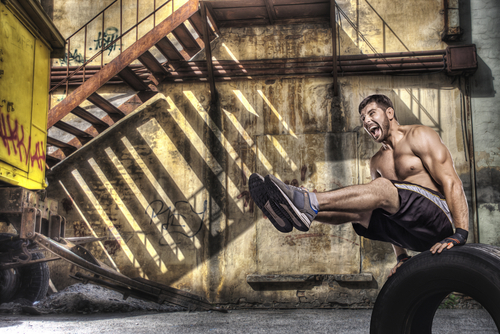 One of the biggest red flags in CrossFit is that many of the exercises revolve around using compound and complex movements, along with doing many reps at high intensity. What this means is that you’re putting your body at an unnecessary risk of injury.

Doing 30 repetitions of the snatch which is commonplace in CrossFit, is a prime example of this. This type of exercise revolves movement around multiple joints, which in turn makes maintaining the proper posture and form throughout the exercise more difficult.

On top of this these exercises are usually performed on a timer, in an effort to pump out as many repetitions as they can within the given timeframe. This in addition to the exercise itself being complex makes a person performing the exercise extremely vulnerable to injury.

As a general rule of thumb and exercise, more complex of a movement the exercises a less repetitions and more slowly but you should be doing the exercise. This again is in an effort to reduce the chances of you injuring yourself.

2- Workouts Are Thrown Together

Another huge problem of CrossFit is that routines don’t seem to be specifically tailored to any one type of need. For example in traditional weight training it is typical to pair up complimentary muscle groups to get the most out of your workout.

To for example it is typical for a weight training program to pair muscle groups together in training such as biceps and the triceps, back and chest, or the shoulders and back. Conversely in CrossFit the routines are tailored in the same manner and seem to be more so thrown together.

This is not only bad planning as far as maximizing your time is concerned, it’s also going to severely impact your gains in a negative manner. This again as to do if specifically tailored in the exercise to get the most out of it.

For example in CrossFit your routine might start out with pullups, followed by burpees, running on the treadmill, and finishing up a with cleans. Saving arguably most difficult exercise for the end of the routine is a great way for you to take yourself more prone to injury, as you going to become more fatigued as you progress through your routine. 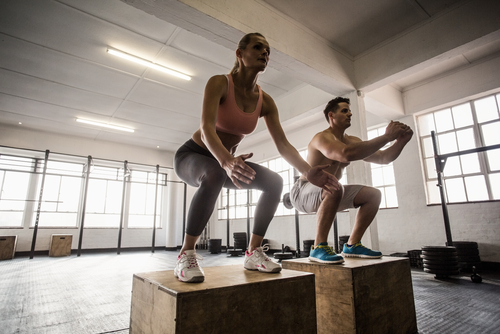 One of the most distinguishing characteristics of CrossFit when you compare to other forms of exercise is the kipping aspect of it all. If you are unfamiliar with the term it is essentially were you use momentum to help you form the exercise.

While this seems good in theory in actuality what does his makes the exercise more awkward to work through, and in turn put your body and more compromising positions which can lead to easy injuries.

One of the best examples of this is the CrossFit variation pullups, where the person doing them essentially looks like a half dead fish flopping out of water. Not only does doing this exercise in this manner make you look completely ridiculous, it also puts you in a very compromising position.

Shoulder joint itself is already one of it’s not the weakest joint in the body and in turn one of the easiest joints to injure. Doing pullups in this fashion exacerbates that even further and is a major reason for why many people who participate in CrossFit suffer injuries as a result.

While there are aspects of CrossFit which are beneficial in which you can use in your own routine, generally speaking of movements and the way in which they’re done is unnecessarily dangerous and easily avoidable.

Is Corn Good for Us or Not? The Top Myths About Corn Busted