Popular
Is Your Diet Harming Your Sperm? 6 Foods...
Top 3 Most Effective Weight Loss Strategies for...
Biomanix Review Ingredients Breakdown – #1 MALE PERFORMANCE...
How to Discuss Erectile Dysfunction with Your Partner
3 Ways You Can Maintain a Healthy, Well-Balanced...
The Case for CBD and its Potential Role...
6 Frequent Weight Lifting Injuries At The Gym...
Male Ultracore Review – The New King of...
5 Reasons Why Your Diet Makes You Fat
The Ultimate Guide to Eating Right for Senior...
Home » Signs You Expect Too Much of Yourself
Health

Signs You Expect Too Much of Yourself

Table of Contents show
1 You shoot for perfection like it’s possible.
2 You’re always upset with yourself.
3 You feel the need to be “special.”
4 You’re exhausted.

Maybe you expect too much of yourself, but you’re not aware of it, or maybe you know you do this, but don’t know how to stop. In either case, redefining your relationship with the concept of success could mean the greater quality of life. Here are a few signs you might need to take a step back.

You may be sitting there nodding, “Yes, it is!” But, it really, really isn’t. Striving for perfection is like working tirelessly to discover more and more digits of Pi, delineating infinitesimally smaller and smaller digits, and getting upset with yourself when you can’t reach the end (which is impossible). According to a time-enduring Chinese saying, the last 10% of any journey takes at least as much time and energy as the first 90% does. As frustrating as it can be, anything rewarding requires incredible time and effort. This means that no matter how fast you expect yourself to get something done, or how young Rival A was when he accomplished it, getting upset at yourself for not having it done faster is more harmful than detrimental. That last 10% takes time! There’s no pretending it doesn’t.

More importantly, sometimes 90% is not only all you need but also the most sustainable in the practice of a happy, fulfilling life. Find those places in your life where 90% is enough.

The other side of this issue is that you are not perfect, and if you try to make perfect anything you do or make, it won’t be you. Instead of throwing interminable energy into the void of what is “perfect,” throw the right amount of energy into making something that is the best that you can make it, in a way that only you can make it. In Japan, it is often the ceramic bowl with a slight “imperfection” that is the most revered. Don’t be one of those five bowls that look exactly the same– be the sixth bowl, entirely functional but more beloved for its personality.

You’re always upset with yourself. 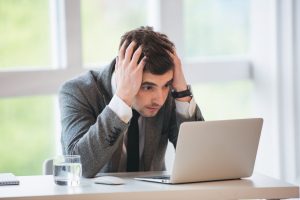 In school, did you get upset when your marks were just shy of perfect? Did you compete in sports and always get upset with yourself when you didn’t come in first? Maybe you are (or were) an artist, and hate everything you make?

Learning to stop comparing the self to others saves a huge ration of anxiety that often manifests in angry self-qualifiers. The way around this is to redefine success and how it relates to personal goals.

You feel the need to be “special.”

Everyone is special, and no one is special. Everyone is as unique or as run-of-the-mill as they decide they are. A study done decades ago in the Midwest illustrates this point perfectly. Researchers delineated seven elements of a “typical” person’s life, learned the quality most commonly found within each element throughout the metropolitan area and set out to find people who fit all seven of these most average or common descriptions. These factors included height, education level and the topic of study, number of kids, and religion. To the researchers’ surprise, no one in the entire geographic scope of the study fit all seven descriptions. This means that no one in the given area was “average” in the seven given ways. When repeated in other locations across the country, this study yielded the same results time and time again.

What does this mean? If you feel like you’re just like everyone else, rest assured that you aren’t. On a scientifically measurable basis, no one is. So yes, you are special and unique.

The trouble comes when an individual wants to be better than everyone else, in some way. Part of the issue with this is that someone will always be “better.” Not everyone wins the race– That’s the entire point. Most people lose. Those who are emotionally the most successful are the losers who redirect their energies into self-improvement and self-focus, instead of the ones who self-defeat and compare themselves to other racers. Personal success is different from winning, and only you define what “personal success” is.

In other venues, success isn’t so objective. And in those cases, in his poorly defined goals, the ambitious man becomes Don Quixote in his pursuit of the windmill.

A desire to be “special” might also fundamentally mean a desire to be revered. One issue with this is that there is no objective definition of success in this endeavor. The wealthy endeavor to accumulate more and more money, even when they are set for life. Anyone looking to be revered will not only approach an unachievable limit, gaining more and more attention but never quite “making it,” but suddenly their success depends on others. Considering one man cannot truly control those around him, this is not the recipe for a rewarding life.

If you value happiness in your life, redefine your goals. Make them objective or based in the self, and make sure they’re achievable. Someone who puts himself on a treadmill toward perfection will never be as happy as someone who realizes what he can be objectively achieved with a reasonable step-by-step plan. 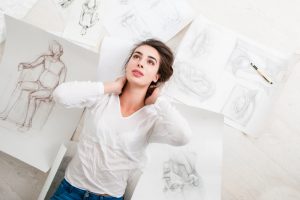 A classically trained pianist wants to be better than all of his peers. They all practice five hours a day, so he decides he wants to do six. And he’ll wake up before sunrise each day to get started on his scales, his arpeggios, his etudes and his concerto. All of this makes him feel great about himself.

He keeps this up even when he’s hungry, or when he’s deprived of sleep because he wants to meet his own high standards. He keeps practicing past when his back starts to burn, or when his forearm protests because he wants to be impeccable. He misses out on social opportunities because he has to practice and sets himself up to perform for all of his peers, so he can become a stronger performer, even if it makes him anxious on a daily basis. He’s improving, but somehow, he can’t focus for all six of those hours each day, his body hurts, and his progress slows. He doesn’t want to admit that he hates what he’s doing.

Meanwhile, he is surpassed by that peer who eats well, gets enough sleep, practices only four hours a day, performs occasionally, and stops if his hands hurt. Ambition can be self-destructive sometimes, particularly when it threatens our willingness to listen to our bodies and take care of ourselves. Exhaustion can be as formidable an enemy as laziness.

A Checklist for Promoting Well-Being for Your Kids