Popular
Is Your Diet Harming Your Sperm? 6 Foods...
Top 3 Most Effective Weight Loss Strategies for...
Biomanix Review Ingredients Breakdown – #1 MALE PERFORMANCE...
How to Discuss Erectile Dysfunction with Your Partner
3 Ways You Can Maintain a Healthy, Well-Balanced...
The Case for CBD and its Potential Role...
6 Frequent Weight Lifting Injuries At The Gym...
Male Ultracore Review – The New King of...
5 Reasons Why Your Diet Makes You Fat
The Ultimate Guide to Eating Right for Senior...
Home » Pros and Cons of Circumcision
Sex

Pros and Cons of Circumcision

Circumcision is the surgical removal of the foreskin to reveal the head of the penis. Circumcision has been around for a very long time can even be traced back to ancient world civilizations as far back as 1576 BC. The practice of circumcision is very common among newborns in the United States because of the health benefits associated with the practice. However, recently there has been a debate on whether being circumcised is necessary. Before declaring a stance on this somewhat private and public health issue, it is important to know the facts surrounding the practice of circumcision.

Circumcision has many pros and cons to consider when trying to determine whether this surgical procedure is necessary.

Circumcision can increase the pleasure and sexual satisfaction you feel during sex. A research study published by the Journal of Sexual Medicine examined the relationship between circumcision and increased sexual pleasure. This study followed up on the progress of men who recently underwent circumcision over a period of 6-24 months after the procedure. The research reported that of the 454 circumcised men, 67% of them enjoyed sex more after being circumcised. The men reported a significant decrease in sex-induced injuries after the procedure as well.

Lessens Risks of Having a Urinary Tract Infection 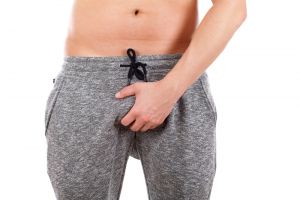 Having your penis circumcised can reduce your risks of developing painful infections and inflammation in the genital area. Circumcision prevents phimosis and paraphimosis. Phimosis is the inability to retract the foreskin, which can cause harmful bacteria to fester underneath the foreskin. While paraphimosis is the inability to pull the retracted foreskin back down, which can be very painful and hinder the urine and flow of blood to the penis. Research studies also report that men who are circumcised have a significant decrease in being diagnosed with balanitis, which is the inflammation of the glans of the penis.

Increased Risk of Meatitis and Inflammation

Circumcising your penis can place you at an increased risk of developing meatitis. Meatitis is the inflammation of the meatus, which is the opening of the penis. Circumcision increases the risk of having meatitis as the opening of the penis is exposed and is more susceptible to chafing and irritation in comparison to men who are not circumcised and have the foreskin as a barrier of protection.

The process of circumcision usually occurs during a child first few months of life. However, if circumcision is completed as an adult, this can cause the patient to endure more pain and even inflammation during the healing process as adults are more mobile than babies. 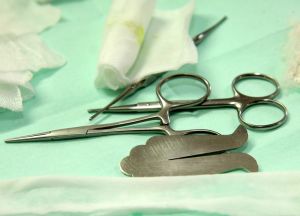 Like any other surgery, undergoing a circumcision procedure has many complications. Some of the complications of the surgical procedure include bleeding, infection, inclusion cysts, phimosis, urinary retention, necrosis of the penis and many more. These complications very rare, due to the advancement of medical technology, medicine and hygienic procedures implemented during the procedure itself and the healing process.

Deciding whether to have a circumcision is a huge decision that affects your genital hygiene, sexual health, and health of your sexual partners. It is important to talk to your doctor about the surgical procedure to gain as much information as possible before completing the procedure. Whether circumcisions are necessary is a procedural decision that each man will have to make for themselves but what is important is ensuring your genital and sexual health.

Things You Need to Know About Erectile Dysfunction