Popular
Is Your Diet Harming Your Sperm? 6 Foods...
Top 3 Most Effective Weight Loss Strategies for...
Biomanix Review Ingredients Breakdown – #1 MALE PERFORMANCE...
How to Discuss Erectile Dysfunction with Your Partner
3 Ways You Can Maintain a Healthy, Well-Balanced...
The Case for CBD and its Potential Role...
6 Frequent Weight Lifting Injuries At The Gym...
Male Ultracore Review – The New King of...
5 Reasons Why Your Diet Makes You Fat
The Ultimate Guide to Eating Right for Senior...
Home » Prevent Health Concerns Associated With Fatherhood
Health

Men have not always played such a big role in childcare, which is one of the reasons why the literature on the transition into parenthood has been focused on a mother’s psychological wellbeing. However, fathers are becoming increasingly involved with raising their children, which is why mental health associated with fatherhood is starting to become an important public health concern. Unfortunately, the stigmatization of psychological health conditions among men may be slowing down the process of gathering more data. One study, for example, had to investigate fathers at a daycare in order to find men who were willing participate in studies about their mental health. Despite the obstacles, many researchers have successfully managed to examine mental health conditions associated with fatherhood. 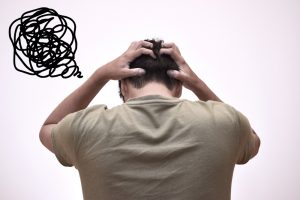 The vast majority of the studies are focused on proving these concerns exist and on describing a few effective drug treatment and therapy options. Some studies, for example, show that during their partners’ pregnancy, men are between 4 and 16% more likely to experience anxiety than they are during the rest of their lives. After birth of their child, this number can increase to over 25%. More evidence shows that men are susceptible to many postpartum mental health concerns that people associate with motherhood, including postpartum depression (PPD), postpartum psychosis, and postpartum obsessive compulsive disorder (OCD). Individual and couples therapy is often the preferred form of treatment among men with postpartum concerns. However, men who have psychological problems associated with children who are not in the postpartum phase (a year after birth) tend to have a slight preference for antidepressants.

Despite all of the research, very few studies have been conducted to try to figure out how to best prevent men from experiencing mental health concerns during their transition to fatherhood. Part of the problem is that, while many of the risk factors may be known, some of the root causes that directly trigger psychological problems are still unclear. Mental health concerns associated with motherhood tend to be linked to hormonal changes that women experience during and after pregnancy. Men do see some hormonal changes during the postpartum period, but they do not see hormonal changes to the same extent as women do. The hormonal shifts that men do experience can account for some of the symptoms of PPD, but other symptoms are probably caused by some other factors, especially symptoms that do not appear during the postpartum stage.

While no scientific research has shown it to be true, many psychologists have speculated that anxiety disorders like OCD can be triggered by unwanted thoughts that men have with regard to harming their children. These intrusive thoughts might be very common among parents, but many men may understand these thoughts to mean that they actually want their child to die. The rapid increase in responsibility associated with becoming a parent makes men even more likely to assume that every thought they have is significant, even if it probably does not mean anything. When these normal thoughts are misinterpreted as dangerous, it can cause men to avoid their child or become obsessive about making sure they have reassurance about their child’s wellbeing. Sometimes, these feelings can manifest themselves in ritualistic behaviors. When they do not harm their child (because there was probably no risk in the first place), they assume their fearfulness, obsessiveness, and ritualistic behaviors are working, which can lead to anxieties like OCD. Therefore, paternal anxieties can be prevented by encouraging men to be open about intrusive thoughts about harming their child. If men can learn that these intrusive thoughts do not pose a legitimate threat to the child, then they are less likely to develop obsessive and fearful behaviors. 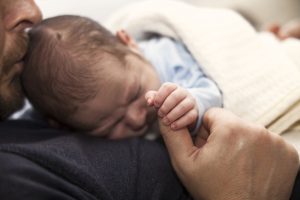 Other mental health professionals also believe that encouraging communication is important for preventing many mental illnesses among fathers. For example, some think that healthcare providers should talk to men around the time of birth about how they feel about having a child. Studies show that men actually want to talk about their emotions regarding being a parent, but often feel like they are never given the chance, so some psychologists believe that this lack of opportunity to talk about fatherhood may be causing men to feel marginalized or unacknowledged. These feelings can lead to low self-esteem and depression. It is, therefore, important for doctors to realize that they need to acknowledge that men also can play a role in raising the child. If both parents are equally committed to the child, the doctor should treat both parents as equally responsible for the child. At the same time, it is important for men to recognize that the mother’s emotions and mental health must be properly addressed by healthcare providers, especially while she is still carrying the child. Doctors can still help men feel involved at this stage by showing men how they can help their partner through any health issues that can arise during the pregnancy.

As long as men are playing a part in childcare, their mental health as a parent should be a concern for future researchers, but removing the social taboo around men with mental illnesses is an important first step in order to collect data. Until the literature on the topic is expanded, the root causes of these conditions and the best way to prevent them will remain a mystery. However, no man is alone in dealing with some of these issues and, luckily, as long as fathers are willing to reach out for help, there are plenty of treatment options, such as individual therapy, couples therapy, and antidepressants.

Sex & Toddlers: Is it Possible to Have Both?

How to Handle Your Girl While She’s on Her Period