Popular
Is Your Diet Harming Your Sperm? 6 Foods...
Top 3 Most Effective Weight Loss Strategies for...
Biomanix Review Ingredients Breakdown – #1 MALE PERFORMANCE...
How to Discuss Erectile Dysfunction with Your Partner
3 Ways You Can Maintain a Healthy, Well-Balanced...
The Case for CBD and its Potential Role...
6 Frequent Weight Lifting Injuries At The Gym...
Male Ultracore Review – The New King of...
5 Reasons Why Your Diet Makes You Fat
The Ultimate Guide to Eating Right for Senior...
Home » Pick up Lines that Actually Work
Sex

Pick up Lines that Actually Work

written by healthymensinfo May 5, 2016

Table of Contents show
1 I like your style, it reminds me of _____
2 I had to say “hello”
3 I know how random this is…but
4 You seem so interesting

We’ve heard them all. “Did it hurt…when you fell from heaven?”. Or how about “I didn’t know there was a model convention in town…”. These icky lines are still being used by millions of people around the world. Why do pick up lines get such a bad rap? It could be the cheese factor, or maybe it just comes across as “try hard”. The key to make pick up lines work is to make it special to the girl in question. You’ve got to be creative. One size does not fit all. Here are some examples.

Here’s a little secret…women love clothes. That’s actually not that big of a secret is it…we put so much effort into our appearance and can’t help but get excited when someone notices. Women are more likely to respond positively to an aspect of their appearance they can control because they can really feel proud of it. When you compliment her on her boobs, ass, lips…it’s a little…boring for her and also a little creepy. What do you expect her to say? Thanks…I got it from my mama? Notice what she’s wearing. Pick something or someone that you think she looks like. You can literally make it up. Everyone dresses the same nowadays. Tell her she reminds you of Jennifer Lawrence. A little bit of street and a little bit bohemian. Whatever comes to mind. It’s a great way to open a conversation.

I had to say “hello”

Tell her you were just walking by and just had to say hello. Give it a little more Rom-Com oomph and say “I didn’t want you to pass by without saying hello otherwise I will be thinking about you all day.”  This one really works well on the street. This line is kind of magical. You’re making it sound like it was fate that brought you together, as if a little voice inside you told you to do it. It’s almost like a movie. 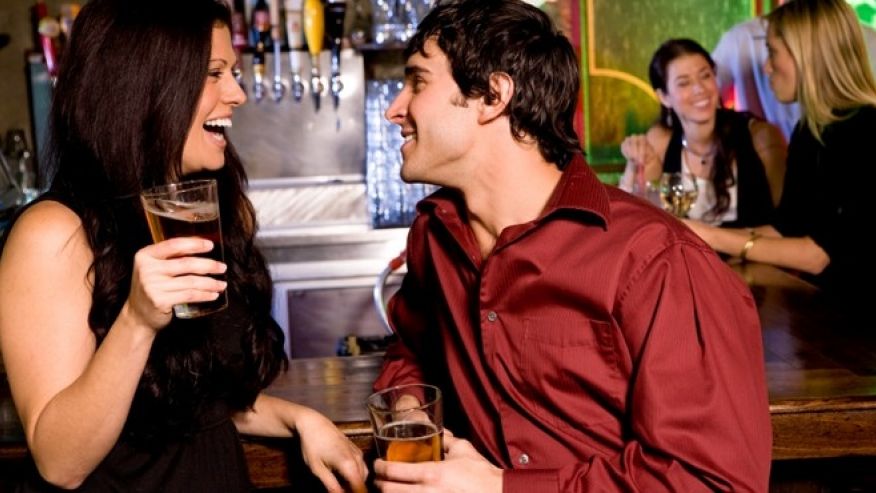 I had to say “hello”

I know how random this is…but

Acknowledge that “this is so incredibly random, but…”. When she knows that you know that you are interrupting her, she’ll be able to see that you are not a creepy man and at her level. Tell her “I know this is totally weird to do” or “I know we’re complete strangers”. Being a little apologetic will not hurt your “game”. It will make her see that you are human and not some leery guy in the corner.

You seem so interesting

“You seem interesting to me”, or “I’m very intrigued by you, what’s your name”. This works better in a venue like a bar or club. She’ll want to know why you think that. Women like the idea of being special and not like the other girls. Tell her “There’s something about you that is different, I can’t figure it out”. She will be beyond excited over this.

4 Ways to Fulfill her Fantasies Without Going Full Out