Popular
Is Your Diet Harming Your Sperm? 6 Foods...
Top 3 Most Effective Weight Loss Strategies for...
Biomanix Review Ingredients Breakdown – #1 MALE PERFORMANCE...
How to Discuss Erectile Dysfunction with Your Partner
3 Ways You Can Maintain a Healthy, Well-Balanced...
The Case for CBD and its Potential Role...
6 Frequent Weight Lifting Injuries At The Gym...
Male Ultracore Review – The New King of...
5 Reasons Why Your Diet Makes You Fat
The Ultimate Guide to Eating Right for Senior...
Home » Is Your Diet Harming Your Sperm? 6 Foods You MUST Avoid
Weight Loss

Is Your Diet Harming Your Sperm? 6 Foods You MUST Avoid

According to a recent study, total sperm count in men across North America, Europe, and Oceania fell by as much as 60% from the period between 1973 and 2011–and the trend is showing no signs of stopping as we head straight smack dab in the 2020s.

Concurrently, testosterone levels are diminishing across the board. Testosterone is the “male” sex hormone responsible for muscle development, sex drive, and a host of other physiological and sexual characteristics associated with being male.

No one can really tell why this is the case. Lifestyle factors such as smoking, obesity, diet, and alcohol consumption are likely factors, as are environmental factors such as radiation and chemicals present in the food we eat and the water we drink.

The same can be said about the high-sodium, high-fat, and high-calorie nature of the typical Western diet of pizza, processed foods, salty snacks, and sweets. According to a study published in the JAMA, men on a Westernized diet produced about 70 million less sperm upon ejaculation than men who consumed a more balanced diet.

Low sperm counts can be detrimental to a man’s ability to impregnate his partner. It could be an indicator of male health in general.

Changing dietary habits can spell the difference between a healthy reproductive system and a less-than-ideal one. That said, which foods should you start cutting out of your diet? Let’s look at six foods that need to go if you want healthier sperm. 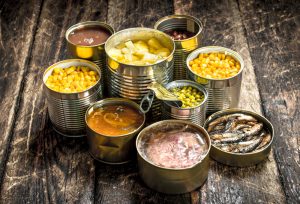 We all know how we love our meats. Meat is good, and meat is fuel for gains, but choosing which kinds of meats you consume is also essential. Organic, free-range meats are better options than the processed, canned varieties high in sodium and preservatives.

Processed meat products such as hot dogs, bacon, hamburgers, and salami can reduce your sperm count by a quarter compared to men who consume them less.

Worse, processed meats contain hormonal byproducts and residues, which may cause harm to the reproductive system.

If you can’t get enough of your dairy–milk, cheese, cream, what have you–it could be time to cut down on stuffing your face with the full-fat varieties. That’s because full-fat dairy is known to contain higher estrogen concentrations due to its animal origin.

On the other hand, steroids given to livestock to promote milk production can affect sperm quality. You may wish to switch to a fat-free or low-fat dairy alternative or opt for almond or soy milk as a substitute.

Coca-Cola, Red Bull, and Monster drink fans: you ought to take this one to heart. Recent studies demonstrated a link between increased sugar-packed carbonated drinks and reduced sperm motility. In addition, going too heavy on sugar may promote insulin resistance, leading to oxidative stress that interferes with the movement of your little swimmers. 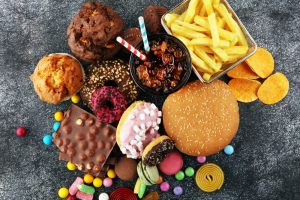 Avoid food marked as non-organic as much as you can since they might be laced with pesticides, steroids, and hormones that can affect your sperm and fertility. This includes meats and fresh produce, typically among the most laden with pesticides or toxic substances. If you must purchase them, make sure to clean them thoroughly before putting them on your plate.

Coffee and tea lovers: not to burst your bubble, but you’ll need to lay off the caffeinated drinks a little if you want to be at the peak of your sexual health. According to some studies, drinking over two cups a day of caffeinated beverages may affect your reproductive system. Try to stick to the limit of two cups a day if you can’t totally give up the java or the tea.

Junk foods aren’t called “junk” for nothing. Junk foods typically contain high amounts of sugars, preservatives, and fats, which all interfere with your cardiovascular, digestive, and reproductive health. Don’t cut corners with your diet. Ditch the junk food and replace them with healthier options such as vegetable chips or whole-wheat snacks.

Eating more foods rich in zinc and antioxidants may help you immensely if you wish to boost your fertility. Cruciferous green vegetables like broccoli and cauliflower and green leafy veggies like spinach are rich in antioxidants, as are fruit like grapes and blueberries. These foods may help reduce cellular damage in sperm. At the same time, oysters are known historically as aphrodisiacs, perhaps due to their high zinc content, which has been shown to boost libido in men and women.

Certain vitamins–C, E, and the B vitamins in particular–are essential in boosting sperm production, as is folic acid. Therefore, it’s a great idea to supplement your diet with nuts and fruits, as well as legumes and lentils.

Your diet matters a lot, but don’t forget the regular exercise as well–it’s good for your mind, your body, and your fertility.