Popular
Is Your Diet Harming Your Sperm? 6 Foods...
Top 3 Most Effective Weight Loss Strategies for...
Biomanix Review Ingredients Breakdown – #1 MALE PERFORMANCE...
How to Discuss Erectile Dysfunction with Your Partner
3 Ways You Can Maintain a Healthy, Well-Balanced...
The Case for CBD and its Potential Role...
6 Frequent Weight Lifting Injuries At The Gym...
Male Ultracore Review – The New King of...
5 Reasons Why Your Diet Makes You Fat
The Ultimate Guide to Eating Right for Senior...
Home » How to Prevail Over a Bad Night’s Sleep
Health

How to Prevail Over a Bad Night’s Sleep

written by healthymensinfo April 20, 2017
Table of Contents show
1 Take a nap
2 Get some light
3 Drink tea or coffee in the morning

In this day and age we always find an excuse to prolong our wakefulness at night. This could be a “just one more drink”, “just one more episode”, “just one more document”, and multitudes of other things we think are more important than a peaceful slumber. Plus, with so many things going around and how we’re exposed to limitless information courtesy of the internet, it seems so hard to not think of anything that makes it harder for us to fall asleep. Only a few of us are lucky enough to have the ability to just sleep after closing their eyes.

If you’re one of those with difficulty sleeping, you’re not the only one. In fact, about one third of Americans complain of insomnia that doesn’t seem to stop.

However, several people don’t have continuous insomnia. What they do have is just periods where they sleep unpleasantly. This often occurs for one night or a few. Naturally, they feel awful the following day, which makes it seem impossible to get up, go to work and pretend like they did not have a horrible sleep.

When you sleep badly, it takes its toll the next day. There’s weakness, lethargy, low energy levels and a not-so-enthusiastic mood. When these are the first things to greet you in the morning, chances are the rest of the day becomes lousy as well. So, is it possible to overcome a bad night’s sleep? Good news is that you can succeed in dealing with it. Below are the things you can do when a terrible night hits you: 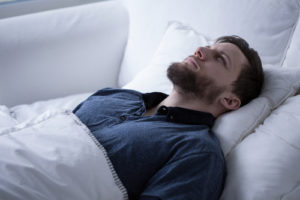 Old diaries and other historical attestations seem to signify that human sleep is triphasic, which means that is natural for us to wake at night and doze off in the afternoon. Take advantage of this as short naps of around 15-20 minutes are sufficient to make you feel brand new.

If you’re at work you need to speak with your boss first for apparent reasons. It is allowed in some instances, since a lot of people find that short naps increase their productivity.

Of course, you need to set a timer or some kind of an alarm. You don’t want to sleep more than 20 minutes. Aside from the fact that your boss wouldn’t like that, naps that take too long will lead to sleep inertia. This means that when you nap for too long, you feel worse when you wake up as there’s tiredness that comes with deeper phases of sleep. Long naps can also mess up your body clock.

When you wake up after a bad night’s sleep, getting yourself some light – ideally sunlight – you’re naturally alerted and this helps you get moving. The brighter you’re exposed to, the better. This helps you become more alert, improves your mood, and helps reset your biological clock thanks to the morning light. With this, it becomes easier to wake up earlier on the following days.

Do something physically intense

It is natural that you feel sluggish after a horrible night and what better way to triumph over day time lethargy than to engage in a physical activity.

Allot some time during the late morning or early afternoon to do a 5-10 minute of an intense exercise. You will have to choose what kind of activity you can do that translates intensity. This can be a swift walk to wherever you’re going and climbing up and down the stars of your office building. It can also be as simple as walking fast or even running to make it to your appointment. Don’t worry about sweating and feeling like you’re nowhere in the neighborhood of fresh, this can do you good in the long run, no pun intended.

Drink tea or coffee in the morning 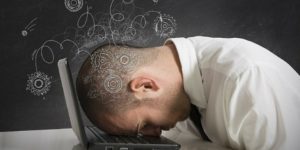 Instead of going for energy drinks to help you stay alert during the day, drink tea or coffee instead for their antioxidants and other valuable chemicals. Tea and coffee can also provide health benefits, such as lowering the risks for diabetes, Parkinson’s disease, and other diseases we’d rather not have. The recommended dose for either of the two is an ounce every hour until early afternoon. Going beyond that may reduce your sleep at night.

It is also important to note that a lousy sleep frequently makes people want to watch movies or videos, but fight this urge until you have moved around first. It’s been found that to go from mental and physical activity typically boosts alertness.

Remember, if you slept badly the night before, you have to treat the next night as your recovery sleep. Every night is the golden chance for rejuvenation, don’t waste it.

Say Goodbye to Your Belly Fat for Good

A Review of the Product Cellucor P6 PM