Popular
Is Your Diet Harming Your Sperm? 6 Foods...
Top 3 Most Effective Weight Loss Strategies for...
Biomanix Review Ingredients Breakdown – #1 MALE PERFORMANCE...
How to Discuss Erectile Dysfunction with Your Partner
3 Ways You Can Maintain a Healthy, Well-Balanced...
The Case for CBD and its Potential Role...
6 Frequent Weight Lifting Injuries At The Gym...
Male Ultracore Review – The New King of...
5 Reasons Why Your Diet Makes You Fat
The Ultimate Guide to Eating Right for Senior...
Home » How Sunlight Improves Your Health
Health

How Sunlight Improves Your Health

There’s always been the question whether sun exposure is good or bad for people’s health. Despite the potential health benefits of sunlight, more and more people avoid it for fear of premature aging and skin cancer. While there’s truth in this, it doesn’t mean that you have to entirely avoid the sun. Some sunlight here and there can still be beneficial for your body and overall health. We all know that we can get Vitamin D from the sun but its benefits go beyond that.

For instance, a study found that there’s a link between low levels of Vitamin D and danger of colorectal and breast cancer. The authors of the study reported that increasing serum levels was determined to be best for cancer prevention, stating that 600,000 cases of breast and colorectal cancer could be avoided every year as long as there’s adequate sunlight exposure.

It was then concluded that with a combination of proper diet, supplementation, and 10-15 minutes sun exposure, people’s risk for the cancers mentioned earlier will substantially decrease. Moreover, FDA recommends people to get 1,000 IUs of Vitamin D, which is equivalent to 10-15 minutes of basking in the sun. That’s not too much to do obviously.

Here are ways sunlight can benefit your health:

Being exposed to daylight is crucial when it comes to sleeping well. This is because sunlight helps sustain a normal circadian rhythm. These rhythms include physical, mental, and behavioral modifications that stick to a 24-hour cycle and react to light and darkness. The body’s cycle of sleeping and waking is reliant to morning sunlight to help you sleep when the night comes. 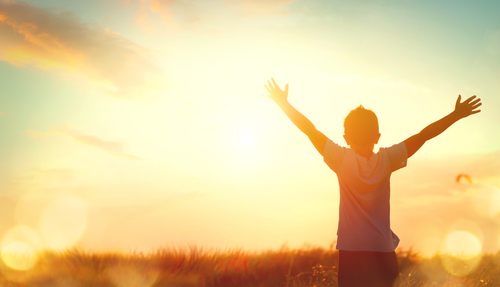 With natural daylight, your body clock can be revived to its active daytime period. Hence, it is vital that you get some sunlight when you awake either by heading outside or opening your curtains, or by turning on the lights in the room to ascertain that your body clock stays synchronized. By being exposed to sunlight, your body gets the signal that it’s daytime.

It is also essential that you don’t confuse your circadian cycle. Avoid staying in dim environments as your body will associate the dark atmosphere to nighttime. When you don’t expose yourself to the brightness of daytime, you’ll find it tougher to fall asleep at night. As we all know, toss and turn constitutes to a poor sleep that’ll make it hard for you to wake up on time.

2. Lifts up your mood

Moreover, the study found that production of serotonin in the brain dropped significantly during the winter. On the other hand, it boosted greatly when the participants stayed under the sun for a longer period of time. Also, sunlight exposure is considered as a natural method to boost serotonin levels sans the intervention of drugs as reported by the National Institutes of Health.

Being exposed to ultraviolet (UV) rays has its perks, too, such as that it secretes nitric oxide, which can reduce your blood pressure. A research done at Edinburgh University found that the participants who were exposed to UV rays experienced a notable decrease in their blood pressure compared with the subjects who didn’t get the same exposure.

4. Shields you from melanoma

While there’s a wide notion that sun exposure causes melanoma, it actually can protect you from this disease as long as you’re exposed within the safe limits. In a study, it was found that the skin’s contact to ultraviolet radiation of short wavelengths (UVB) has been associated with a reduced risk of melanoma in people who work outdoors compared with the ones who spend their working hours indoors. In this study, indoor employees were found to have heightened rates of melanoma since their exposure was only to UVA rays, which are linked to skin cancer.

The most remarkable advantage you can gain from sunlight exposure is its capacity to increase your body’s vitamin D reserves. The National Institutes of Health reports that there are at least 1,000 various genes that regulate every tissue in the body and these are controlled by vitamin D3. Essentially, Vitamin D is generated by the skin’s response to UV radiation mainly via sun contact. Without this contact, your supply of this vitamin diminishes.

Interestingly, this impacts about 10 percent of the genes in the body. An adequate supply of vitamin D helps with bone development and prevents diseases such as breast cancer, inflammation, and multiple sclerosis, among others. This vitamin D can even help alleviate seasonal disorders and even depressive symptoms. On the other hand, vitamin D deficiency causes the malfunctions of some bodily processes that compromise your health.

How to Train Your Brain to be Positive