Popular
Is Your Diet Harming Your Sperm? 6 Foods...
Top 3 Most Effective Weight Loss Strategies for...
Biomanix Review Ingredients Breakdown – #1 MALE PERFORMANCE...
How to Discuss Erectile Dysfunction with Your Partner
3 Ways You Can Maintain a Healthy, Well-Balanced...
The Case for CBD and its Potential Role...
6 Frequent Weight Lifting Injuries At The Gym...
Male Ultracore Review – The New King of...
5 Reasons Why Your Diet Makes You Fat
The Ultimate Guide to Eating Right for Senior...
Home » AUTOPSY: THE DETAILS
Health

Death will come to all of us. Though it may be the unknown that we can never know, it doesn’t have to be something we fear. Some people say that knowing more about death and the process of what happens to our body can help them feel calmer. So, this article will be looking at some of the features of an autopsy, who performs it, and what will happen to your body should you elect or by circumstances need an autopsy. What happens to your soul, though, is a question of belief, and can’t be answered by this article.

WHAT IS AN AUTOPSY?

An autopsy is performed after death is confirmed. This surgical procedure involves dissection of the body and organs to determine the cause of death. This exam is comprehensive and all parts will be examined. Autopsies are performed by pathologists with a medical examiner present. If death is sudden and due to a medical condition that doctors are unable to understand, they may request an autopsy be performed. Your family must first give permission for this autopsy.

If a criminal incident occurs, a forensic autopsy will be performed to find the murderer or the cause of death. Your family’s permission is not needed in this case, as long as the autopsy is witnessed by a medical examiner.

WHAT TYPES OF AUTOPSIES ARE THERE?

There are two more autopsies available than just the types you see on television. These are performed on people of any age.

This autopsy is performed if someone is seeking treatment for a medical condition and dies or if doctors are unsure why someone suddenly dies. This will ensure the information about the death is properly documented, such as the time and cause of death, which are both needed to create and issue a death certificate. This procedure is carried out by a pathologist, who has extensive and specialized training, and a medical examiner. 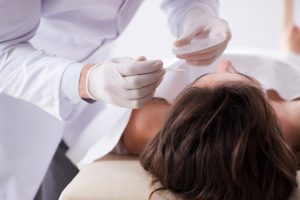 This is the one that is often portrayed on TV shows and movies. A forensic autopsy is performed when a body is involved in a murder or some other crime. More than to collect general information, this autopsy is used to look for forensic evidence which may include bullets, injuries, poison, or other means that could have caused their death. A medical examiner is mandatory in a forensic autopsy. When the exam is complete, and all possible forensic evidence is collected and examined the death will receive a classification —suicide, accident, or murder. This classification is given by the medical examiner.  This report, which is created and certified by the medical examiner, is required for the police officer’s investigation. The evidence collected will assist police and other authorities to search for the criminal, build a case, and assign blame.

These autopsies are performed for academic and research purposes. Often, people donate their bodies and organs before death. These bodies may be used to teach medical students about the anatomy of various parts of the human body and its organs. In addition, unclaimed bodies may also be used for academic purposes after legal formalities are handled to ensure the person’s rights in life have not been violated.

WHAT, EXACTLY, HAPPENS DURING AN AUTOPSY?

The medical examiner supervises autopsies while the pathologist performs them. This is a rigorous process that involves both an internal and external examination. These examinations must be performed on the entire body, all organs, and must not disfigure the limbs or the face. After this analysis is complete, the organs are placed back in the body and it is sewn shut. Here are the details of this procedure:

During a forensic autopsy, the body is laid, face up, on the examining table and every part is scanned for bodily fluids like semen, blood, scars, bullet holes that were not present before death. Each mark is photographed and categorized as forensic evidence with the medical examiner as a witness. In addition, the cuplrits’ skin, hair, or other tissue that may have been left on the body are collected for DNA analysis. After this is complete, the clothes are taken off, the body is thoroughly washed, weighed, and internal examination begins after proper preparation. 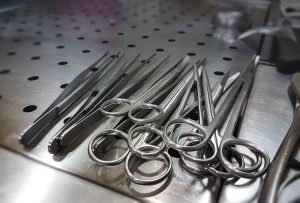 This exam involves detailed aspects of all of the internal organs of the body, first, the pathologist makes the well-known Y-shaped incision. This begins behind ears on each side of the head and meets at the chest bone. Then the incision is continued down through the abdomen until it reaches the pubic region. When the body is opened, the pathologist removes all organs and inspects them for cuts or changes in the nervous or vascular systems. In some clinical or forensic autopsies, the tissue may be collected and sent to labs to be analyzed using special equipment that can detect more than the human eye. When the person has consented to be an organ donor, their organs will be prepped for transplantation, which must be within three to six hours of the donor’s death, or they are prepped to be used for further advancements in human biology through research and/or educational endeavors.

After the autopsy is complete, the organs are put back in the body and it is sewn closed. Often, for research or educational purposes, the brain may be examined. It may be weighed and all of the connections and structure studied. To access the brain, the pathologist will break the skull and pull the brain from the head.

Autopsies are an excellent resource for determining the true cause of death, furthering potential cures for diseases that affect those who are alive, and catching criminals that may have committed murder. These are extensive exams that require high attention to detail, stamina, and mastery of the anatomy and physiology of the human body no matter the age of the person.