Popular
Is Your Diet Harming Your Sperm? 6 Foods...
Top 3 Most Effective Weight Loss Strategies for...
Biomanix Review Ingredients Breakdown – #1 MALE PERFORMANCE...
How to Discuss Erectile Dysfunction with Your Partner
3 Ways You Can Maintain a Healthy, Well-Balanced...
The Case for CBD and its Potential Role...
6 Frequent Weight Lifting Injuries At The Gym...
Male Ultracore Review – The New King of...
5 Reasons Why Your Diet Makes You Fat
The Ultimate Guide to Eating Right for Senior...
Home » A Product Review of BrainFire
Health

A Product Review of BrainFire

Table of Contents show
1 Overview of the Product
2 What are the Components in BrainFire?
3 BrainFire’s Alleged Media Appearances
4 What Users Have to Say about BrainFire?

Overview of the Product

BrainFire is essentially a dietary product that touts to boost you memory and concentration, enhance overall mood, and increase your general health. These benefits are said to be obtained through the utilization of clinically proven components and vitamins at the right dosage. The company behind the supplement purports that BrainFire can dramatically enhance every aspect of the brain; that you’ll see the difference with your improved focus and recall after only one week.

If you’re aging, struggling with stress, sleep deprivation or a tight schedule, you’d surely want to do something about your mental health. Of course you still want to keep up with your daily tasks at school or at work. You even want to excel that if there’s something that can enhance your brain capacities, sharpen your mind and enhance your recall of information, you’d be willing to take a chance. Is BrainFire the one that makes a great deal of difference? Can it deliver its promises? You’ll have to consider the factors below:

What are the Components in BrainFire? 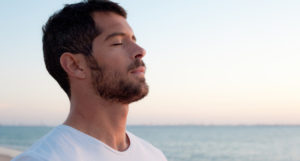 Basing on our widespread review of nootropics, it is disconcerting that there isn’t a comprehensive list of ingredients on BrainFire’s site. This supplement is something that you consume for your body to take in, so it’s just righteous that you know what’s in it and how much of these components, whatever they are, are in every serving of BrainFire.

It would seem its company just trusts that you’ll believe in whatever they say about the supplement. Given this, there’s no way we can distinguish whether or not the supplement will deliver the effects its company says it will. As customers ourselves, the fact that there’s no list of ingredients available is a red flag.

Since there’s no specific list of components, we just resorted to the usual components used in brain pills. This includes choline, ginkgo biloba, huperzine A, acetyl-l-carnitine, vitamin E, vitamin B12, and ginseng. Though some of these have been demonstrated to show potential for increasing mental health, the actual outcome is not as astounding as BrainFire’s manufacturer leads you to believe.

We did try to call the company’s customer support to inquire about the components in BrainFire, but we were put on hold for over 10 minutes without a response that we decided to just end the call.

Based on a photo on the supplement’s site, BrainFire has said to have appeared on The New York Times, Chicago Tribune and USA Today. But we weren’t able to confirm this through third-party sites.  There was nothing that supports these media appearances did happen.

What Users Have to Say about BrainFire? 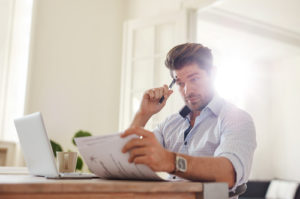 There are customer reviews on BrainFire, but they appear to be from sites created by affiliates. These affiliates earn money from commissions of every sale they refer, thus, they resort to making reviews that are not even from real customers. It is important to note that you should not rely to these reviews when making a decision, because they’re just some sort of marketing content rather than genuine feedbacks from a real, buying consumer. You should be cautious enough to determine what a real customer review looks like and what isn’t.

Generally, most of the nootropic products we’ve evaluated here, such as Brain Storm Elite, Cebria, Evo Brain Pill, Neuroflexyn, and others garnered mixed reception from customers. With this, you’ll have an idea of how BrainFire will be when used.

Say Goodbye to Your Belly Fat for Good