Popular
Is Your Diet Harming Your Sperm? 6 Foods...
Top 3 Most Effective Weight Loss Strategies for...
Biomanix Review Ingredients Breakdown – #1 MALE PERFORMANCE...
How to Discuss Erectile Dysfunction with Your Partner
3 Ways You Can Maintain a Healthy, Well-Balanced...
The Case for CBD and its Potential Role...
6 Frequent Weight Lifting Injuries At The Gym...
Male Ultracore Review – The New King of...
5 Reasons Why Your Diet Makes You Fat
The Ultimate Guide to Eating Right for Senior...
Home » 4 Neurotransmitters Affecting Male Refractory Period
Health

It’s amazing how far studies on human sexuality have come. Just decades ago, it would have been taboo for women, and sometimes even men, to talk about sex publicly. Now, you can find almost anything you need to know or want to read about sex online. Almost every expert out there has a blog on the topic. There’s certainly no dearth of materials about sex, except for one aspect of male sexuality – the male refractory period or MRF. It’s also sometimes referred to as the post-ejaculatory interval or PEI.

In layman’s terms, MRF is when you’re resting after ejaculating. In technical terms, MRF is described as the period following ejaculation wherein erectile and ejaculatory response are both inhibited. In short, during the MRF, even if you wanted to go for a second round, you can’t do so right away because your body is preventing you from getting aroused and hard again. Moreover, the penis often becomes hypersensitive right after ejaculation, and when this happens, further sexual activity or stimulation may become painful.

The thing about MRF is that even specialists and scientists can’t fully explain it yet. And what’s even sadder is that not a lot of researchers are investigating the process. As a result, there aren’t a lot of resources available online when you try to search for MRF. 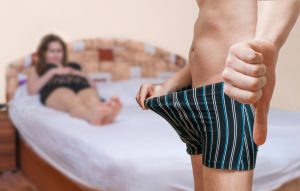 Really, there are just two simple things that we want to know about the MRF. The first thing is the reason why MRF even happens in the first place. And the second question is perhaps the more pressing one. How do we shorten our refractory period? Unfortunately, scientists don’t have clear answers to these questions yet.

Even when we’re just trying to understand how MRF works, scientists seem to have differing explanations for the phenomenon. For instance, one hypothesis on MRF says that it’s the central nervous system that dictates your body to stop being responsive to sexual stimulus right after ejaculating. Based on this hypothesis, let’s take a look at some of the neurotransmitters that affect the male refractory period.

Right after orgasm, prolactin spikes up in both men and women. The only difference is that women are not affected sexually by the prolactin spike. Men, however, are rendered incapable of sexual response. It appears that prolactin is prohibiting men from getting another erection right after ejaculation. Why and how this is happening is not yet fully explained by science. It is also not clear yet whether it’s the orgasm or the ejaculation that triggers the prolactin spike.

Serotonin is a neurotransmitter that also spikes after ejaculation. The problem with this sudden increase in serotonin levels is that in men, serotonin serves to inhibit sexual activity. Specifically, serotonin delays ejaculation when you’re already erect. At the time when you ejaculate, serotonin is released in the hypothalamus. This then prevents you from getting erect again. 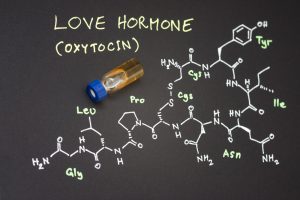 Oxytocin is both a hormone and a neurotransmitter and it plays a major role in sex. When a man is aroused, his body releases a lot of oxytocin and dopamine. Oxytocin plays a role in sexual arousal, contributing to the perception of being aroused. It is also considered to be important in male orgasms, being responsible for the muscular contractions that happen during orgasm and enabling ejaculation.

One hypothesis on MRF considers oxytocin as the one responsible for it, suggesting that the more oxytocin is produced and released by the body during ejaculation, the longer the refractory period would be.

Dopamine is a neurotransmitter that regulates many of our physical movements. It also modulates feelings of aggression, enables us to feel motivated, and gives us that happy feeling when we’re sexually aroused.

Dopamine is considered an excitatory neurotransmitter. It facilitates sexual motivation and controls genital reflexes. Dopamine levels increase during arousal. During ejaculation or orgasm, the brain gets flooded with dopamine. However, after ejaculating, dopamine levels start to drop off as prolactin increases.

The duration of the refractory period varies in every individual. In younger men, it can be as short as just a few minutes. They can recover right away and have sex again. However, as men grow older, the refractory period typically lasts longer. There are men who need a whole day’s rest before they can become erect again.

Scientific literature referring to shortened refractory period are quite rare. However, there is one study that talks about the male refractory period in rats being shortened. In the study, rats were treated for ten days using ethanol extract of Eurycoma longifolia Jack, or more commonly known as Tongkat Ali. The study indicated that after the Tongkat Ali treatment, the rats showed increased sexual performance and, more importantly, decreased refractory period.

Tongkat Ali is a plant native to Southeast Asia and is often referred to as the Malaysian ginseng. It is a common ingredient in many male enhancement supplements because of its popularity as an aphrodisiac and testosterone booster. It is also used in exercise supplements, mainly because of its properties to increase muscle mass and strength. Tongkat Ali is known for its many health benefits. Tongkat Ali is used for treating malaria, fever, high blood pressure, cough, and many other conditions.

Tongkat Ali is considered as one of the best libido-boosting medicinal plants. The plant’s root and bark are used to prepare treatments for erectile dysfunction (ED) and infertility. Considering the effectiveness of Tongkat Ali as a sexual performance enhancer, it’s quite easy to see how this plant may be capable of shortening the refractory period in men.

Go For It With That Gym Hottie