Popular
Is Your Diet Harming Your Sperm? 6 Foods...
Top 3 Most Effective Weight Loss Strategies for...
Biomanix Review Ingredients Breakdown – #1 MALE PERFORMANCE...
How to Discuss Erectile Dysfunction with Your Partner
3 Ways You Can Maintain a Healthy, Well-Balanced...
The Case for CBD and its Potential Role...
6 Frequent Weight Lifting Injuries At The Gym...
Male Ultracore Review – The New King of...
5 Reasons Why Your Diet Makes You Fat
The Ultimate Guide to Eating Right for Senior...
Home » 10 Worst Foods for Your Stomach
Health

10 Worst Foods for Your Stomach

More often than not, the stomach pains and discomfort that have been constantly tormenting you are actually a result of your food choices. You may not notice it or you’ve just gotten used to feeling stomach upset, but you can actually feel amazing by eating the right kind of food.

Naturally, there are some types of food that can cause more problems in the stomach than others. Some of them are even considered generally healthy such as certain fruits, vegetables, beans, and nuts. For this reason, it is important to get to know the foods that can cause stomach upset in order to know which ones to cut out or cut down from your diet. Here are the 10 worst foods for your gut:

Found mostly in bagels, bread (even the whole-grain ones), crackers, pasta, cereal, and white rice, among others, foods that are loaded with carbs can compromise the balance of the stomach flora. An imbalance in the gut can activate inflammation. Foods are carb-dense if they have a high ratio of carbs comparative to their weight.

There are three forms of fats associated with inflammation and hence add up to excess abdominal fat. These are trans fat, saturated fat, and omega-6 fats. Unhealthy fats are often found in packaged goods, processed meats, full-fat dairy, certain candies, corn oil, and soybean oil, to name a few. 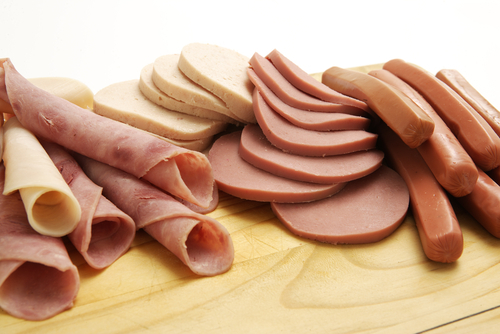 By now you should know that processed meats contain significant amounts of calories and saturated fats. They’re not only not ideal for your gut, they can also cause serious medical conditions, including heart disease and stroke. In fact, processed meats can be tough to digest for many people.

For this reason, they can linger in the intestines for a longer period of time because they’re hard to disintegrate. They also don’t have any fiber, so they’re not so great when it comes to digestion. Some examples of processed meats are hot dogs and ground meat. 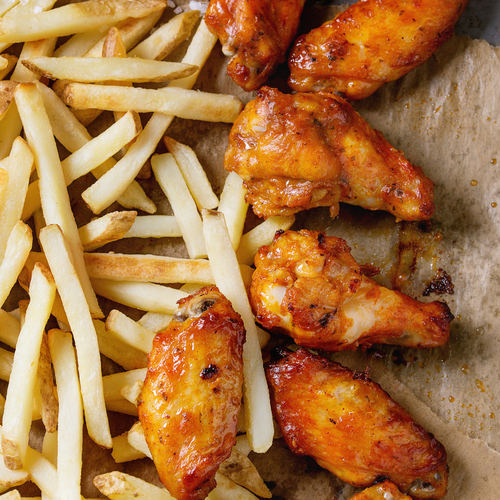 Fried foods are bad news for your gut. For one, they’re inclined to devastate the stomach. This leads to acid reflux and heartburn. Fried foods are stuck in your gut the same way that processed foods are, too. The body takes more time to fully digest them because of their significant amounts of fat. Craving for French fries and fried chicken third night in a row? Give your stomach some slack.

FODMAPs are short chain carbohydrates that are inefficiently absorbed in the small intestine. Basically, one important aspect of making sure your gut is protected is by steering clear of FODMAPs. While some individuals are not that sensitive to FODMAPs, some are. This is why they develop deliberately aggravating effects with every exposure.

There are also some people who only encounter symptoms after consuming certain ones. Lactose, which is found in all animal milks, is a well-known FODMAP. Lactose is disintegrated in the small intestine by the enzyme lactase. The problem is that the body generates less lactase as people age. This means that dairy foods with lactase can compromise your stomach’s health over time.

Foods with great amounts of fructose can lead to gassiness, bloating, and diarrhea. A study shows that patients suffering from IBS experience improved symptoms after consuming a diet without fructose. It’s typically found in certain fruits like apples and watermelons, certain veggies like asparagus, and sweeteners such as honey.

Garlic and onions have a type of fiber called fructan that is hard to digest. As a result, it results in gassiness. This fiber appears to generate more symptoms than some other forms, but this could also be because we consume too much of it. Fructan can often be found in grains, certain veggies and spices, and legumes.

The body doesn’t have enough enzymes to disintegrate the FODMAP in these foods. As a result, it becomes the gut bacteria’s responsibility to digest them, causing flatulence.

Such sweeteners are also FODMAPs, which means they’re not so great for the tummy. Since they don’t easily pass through the cell walls, the gut bacteria digest them. This leads to flatulence and bloating, a combination you surely want to avoid. These can be found in certain fruits like peaches and blackberries, veggies like mushrooms, artificial sweeteners, and sugar-free food items.

There’s a misconception about fat-free foods being healthier alternatives. In fact, fat-free foods don’t sit well in your stomach, literally. Usually, fat-free foods have high levels of preservatives and chemicals, which, from the sound of it, isn’t very healthy.

This also baffles your brain since your body is not made in a way that can process synthetic components. The accumulation of these unhealthy ingredients causes bloating and exhaustion over time. If you’re concerned about your gut’s welfare, stick with genuinely natural components.

It’s also important to note that some of the foods mentioned above are still healthy overall. What causes them to upset the stomach could be your overconsumption of them. So, you don’t have to necessarily avoid them, just be cautious of how much you eat them. Apparently, even healthy foods can be unhealthy if consumed excessively.