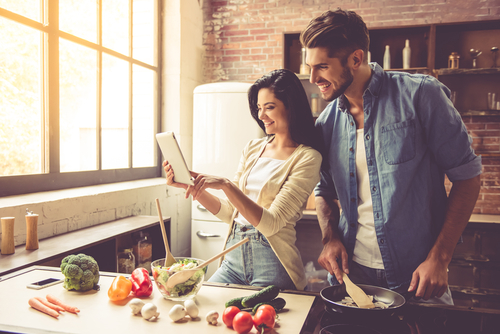 Table of Contents show
1 Below are the benefits of eating homemade meals:
1.1 1. You use natural ingredients
1.2 2. Healthy eating and replacements
1.3 3. It’s financially liberating
1.4 4. Additional health gains

While having lunch or dinner at restaurants serves as a treat for many families, times have since changed. Now, it has become a routine for many people to avoid the hassles of preparing meals at home and cleaning them up after.

Employees simply eat out for lunch instead of bringing their own food. Even breakfasts are spent in coffee shops instead of enjoying a moment of privacy in the comforts of one’s home. Modern times have since made most people live on-the-go lifestyles, which is why eating out makes sense for the sake of convenience.

But as people continue to have their meals in restaurants and fast foods, one thing is for sure – their bodies don’t get enough nutrients and these nutrients that would have been supposedly provided by naturally prepared homemade meals are replaced by processed and harmful ingredients. And these artificial components don’t just contribute to weight gain, they also make the body vulnerable to various medical conditions. 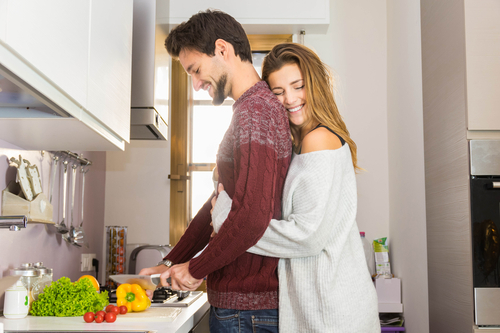 While it’s understandable that many people don’t just have enough time to prepare their foods at home, it’s still worth the effort. After all, it’s your body and overall health that at stake. Besides, there are ways you can do that don’t require much of your time to still eat healthily without heavily relying on restaurant meals.

For instance, you can make a vegetable salad or a chicken sandwich the night before so that the next morning, you’ll just have to grab them and go. You can also have almonds or Brazilian nuts and put them in a mini container that you can carry around, so you don’t get hungry when you’re outside. Obviously, there are numerous ways you can do to avoid eating out and instead prepare your own meals. You just have to put your mind to it.

Below are the benefits of eating homemade meals:

1. You use natural ingredients

When you eat in restaurants, you’re not 100 percent sure of the ingredients used in your meals. It’s like putting something in your body without the full knowledge of what they really are precisely. We just assume they’re fine since the foods are delicious. 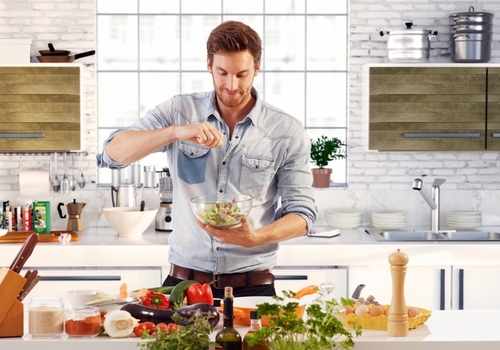 The bad news is that often, our favorite meals are loaded with ingredients that are unhealthy simply because they’re unnatural. We all know that most restaurants serve processed foods and these mostly contain high amounts of sodium, fat, and added sugars. Pre-made meals you can purchase in convenient stores also have the same pressing issue.

The World Health Organization recommends everyone to significantly decrease their consumption of processed foods for health reasons. By eating homemade meals, you get to choose the ingredients. You see how it’s prepared, which is healthily since you’re making it for yourself. You can also add more fresh fruits and veggies into your meals to make your diet well-rounded.

Most of the time, eating at home is cheaper than eating out. Yes, there are times that pre-cooked meals are less costly compared when you buy quality ingredients to make your own food, but there are still several restaurants with expensive menus. If you make your own food in huge quantities so you can have them for later meals, you can truly spare yourself some money. For example, making your own tuna sandwich can be cheaper if it’s homemade.

Not only it is cheaper, it’s also healthier because you’re using better, natural ingredients. You’ll be amazed at how much you can save if you make it a habit to prepare homemade meals rather than rely on restaurants, fast food, or pre-packaged meals. On the other hand, eating processed foods most days of the week will not only compromise your pocket, it will also put your health at risk, which can compromise your financial situation even more. Surely, sick and broke is not something you want your life to be all about.

Moreover, by teaching yourself to prepare your own food, you’re also helping yourself establish a healthier lifestyle. Eating at home enables you to tailor the portion size as you deemed necessary. This can lessen your inclination to indulge in restaurant servings, which can be massive. It doesn’t matter if the meal is nutritious, moderation is key in all kinds of food, even the healthy ones. Binge eating remains binge eating even if it’s almonds you’re eating.

Besides, getting used to eating out in restaurants and fast foods makes you less likely to eat fruits and vegetables, according to a report released back in 2007. You’re also more likely to consume soda and more sodium through the increased eating of salty snacks. By focusing on homemade meals, you’re teaching yourself to value proper nutrition. You get to realize the difference between how you prepare your food versus how it’s prepared outside.

Elevate Your Testosterone Levels By Dealing With Anxiety And Stress